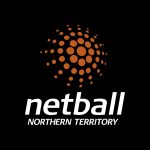 Walking Netball is a health and well-being program which caters to all fitness levels. The program brought together a variety of low-intensity cardio, strength, balance, stretching and netball skills over 60-minute sessions, finishing with a game of Walking Netball.

Walking Netball was brought to you by Netball NT with the support of COTA NT. Everyone will be welcome to enjoy Walking Netball again regardless of physical fitness, age or previous experience.

Walking Netball provides a fun, safe environment and encourages adults to have a more gradual introduction to physical activity by regaining necessary motor skills, helping balance, coordination, and better footwork. Other benefits include improved strength, flexibility and circulation, along with long-term fitness and weight maintenance benefits.

Walking Netball is also a fabulous opportunity to develop team spirit and encourages social interaction – it’s a great way to make friends or even spend time with old friends on a regular basis.

Walking Netball is delivered by Netball NT with the support of COTA NT.