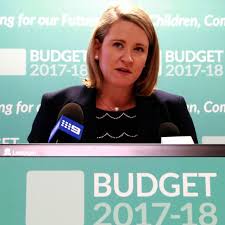 Under much fanfare the NT Governments 2017/18 budget was released.  COTA NT also attended a special Expert Review Group, which you will recall was set up to review the Pension and Concession Scheme.  The meeting was called to be advised of the decisions around the new concession scheme, which is due to come on Board on the 1st January 2018.

A lot of modelling from the Office of Territory Families and NT Treasury has been done on usage, especially around power and water concessions. Unfortunately, as with the Travel concessions scheme, there has been exploitation of this scheme with some high end users receiving over $12,000.00 in concessions, which obviously reduces the overall amount that all eligible Territorians can claim.

We are pleased to advise that NT Government has listened and the new scheme will be open to all Territorians who reside permanently in the NT and aged over 65.  And the government has agreed to the following components for the new concession scheme:  All seniors aged over 65 years will receive a minimum of $700.00 every two years in line with the Governments election commitment. b) The future scheme will be two-tiered and will offer concessions for eligible pensioners and all seniors. c) Future concessions will be administered via a Debit Card that will be loaded with an annual concession amount and can only be used for specified purchases with identified vendors. d) There will be a capon cessions, especially power and water concessions, to ensure the scheme can remain viable, affordable and sustainable.

A further discussion paper will be released to seek community input and we urge to contact COTA NT will your concerns on how the new scheme should be rolled, which will include hardship provisions within the scheme.  You can also provide feedback on the Territory Familie’s website.

In a tough budget cycle it is pleasing to note that here has not been cuts to community services and that the NT Government realises the importance of seniors in our community.